Here are some updates on the ongoing construction projects that affect campus traffic patterns. Reminder: project dates are subject to change due to weather or other factors.

The northbound lane of Charter Street from University Avenue to Observatory Drive is expected to reopen by August 23. Current work is part of the Lathrop-Bascom project. Only southbound traffic is allowed.

Northbound vehicle traffic–including bicycles–can detour to Babcock Drive or Park Street to reach Observatory Drive. Those who need access to areas along the open section of Linden Drive (such as Nancy Nicholas Hall, Van Hise, and the Middleton Building) can use Henry Mall.

The end is in sight–Linden Drive between Babcock Drive and Henry Mall will reopen by August 17. The area is currently closed to two-way traffic. Westbound and eastbound traffic must use an alternate route, such as Observatory Drive between Babcock and Charter. The north sidewalk is open, but access may be unavailable on parts of the south sidewalk.

The map below shows potential travel routes in and around central campus. 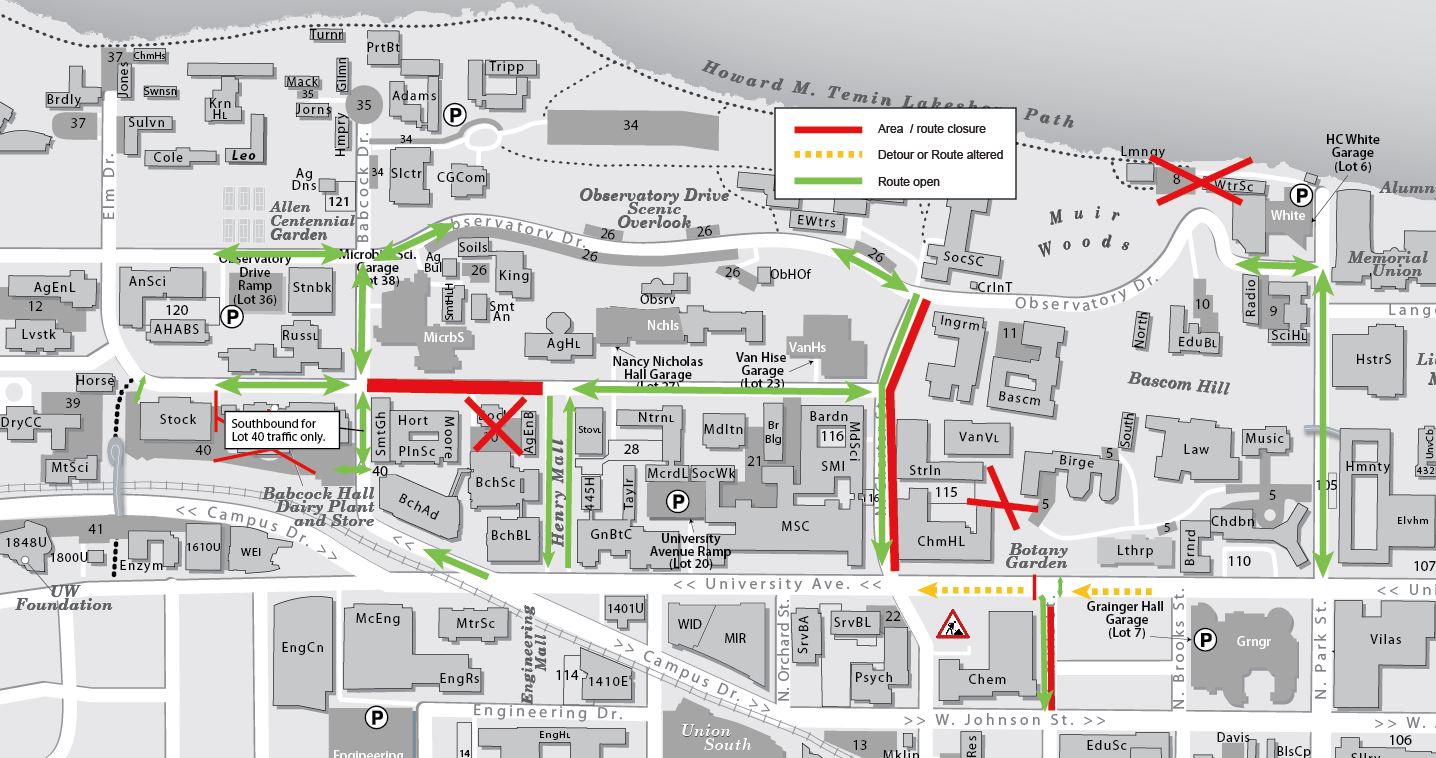 Click on the image above to enlarge or click here to view the Charter/Linden traffic plan map. 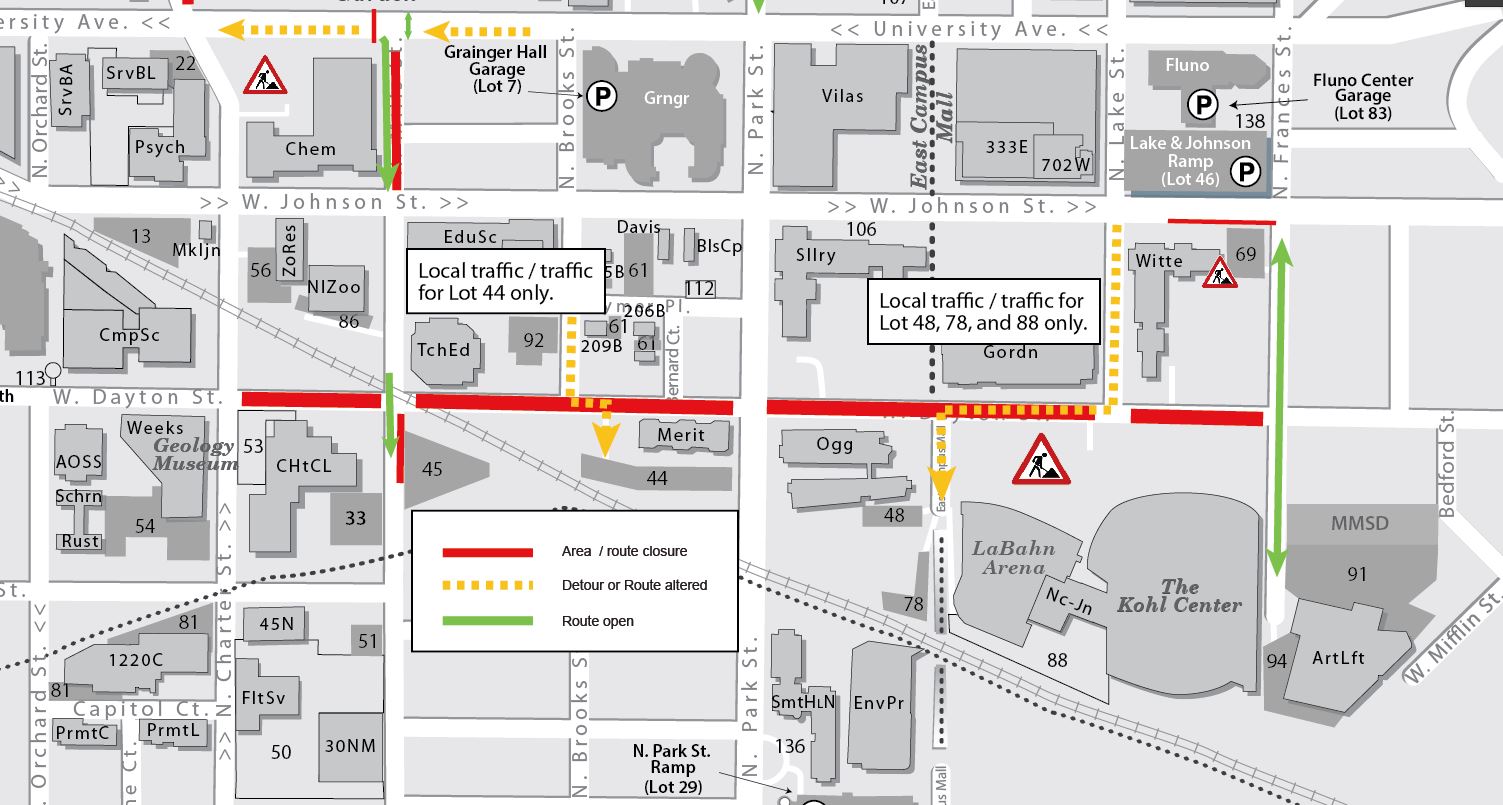