See below for updates on some construction projects affecting campus traffic patterns. Reminder: project dates are subject to change due to weather or other factors.

The northbound lane of Charter Street from University Avenue to Observatory Drive is expected to reopen by August 23. Current work is part of the Lathrop-Bascom project. Only southbound traffic is allowed.

Linden Drive between Babcock Drive and Henry Mall is reopen as of August 17. Metro routes will return to Linden Drive starting Wednesday, August 21.

The lower half of southbound Henry Mall (connecting Linden Drive to University Avenue) will be closed on August 20. The closure starts around the Biomedical Sciences building. Project will last just one day while some curb area is replaced. Use southbound Charter Street or other route to head south toward University Avenue. 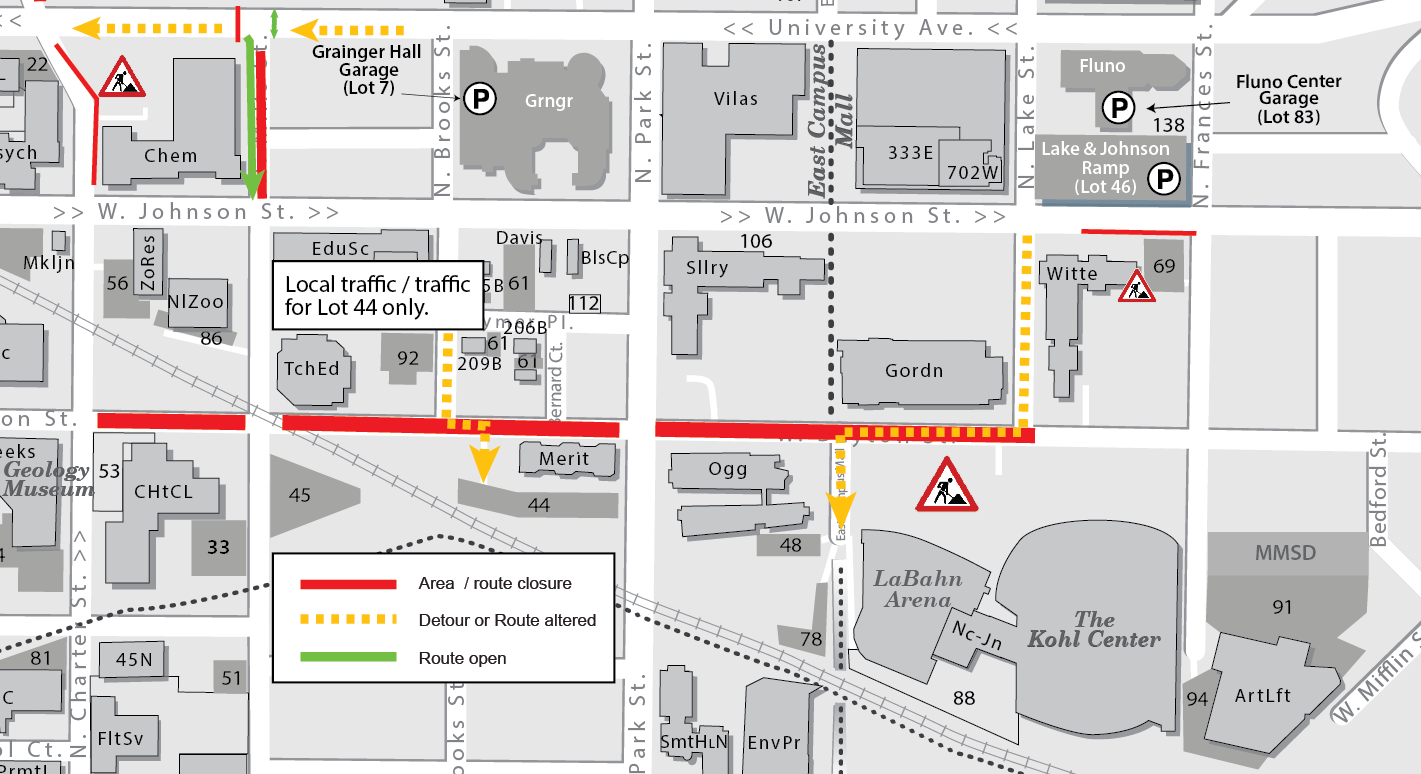